My musings on art, music and being alive

The idea for this current series came about while working on some sketches for linoleum prints. I started to notice most of the figures in my drawings were immersed in water. Part of the alchemical process is the idea of dissolution or immersion. The water as a mysterious psychic substance or what Carl Jung would call the unconscious psyche. As I reflected on this idea I saw these figures as being half-in and half-out, torn between two realms, one of humans and another of spirits. A reality seen and a dream world hidden from our normal consciousness. 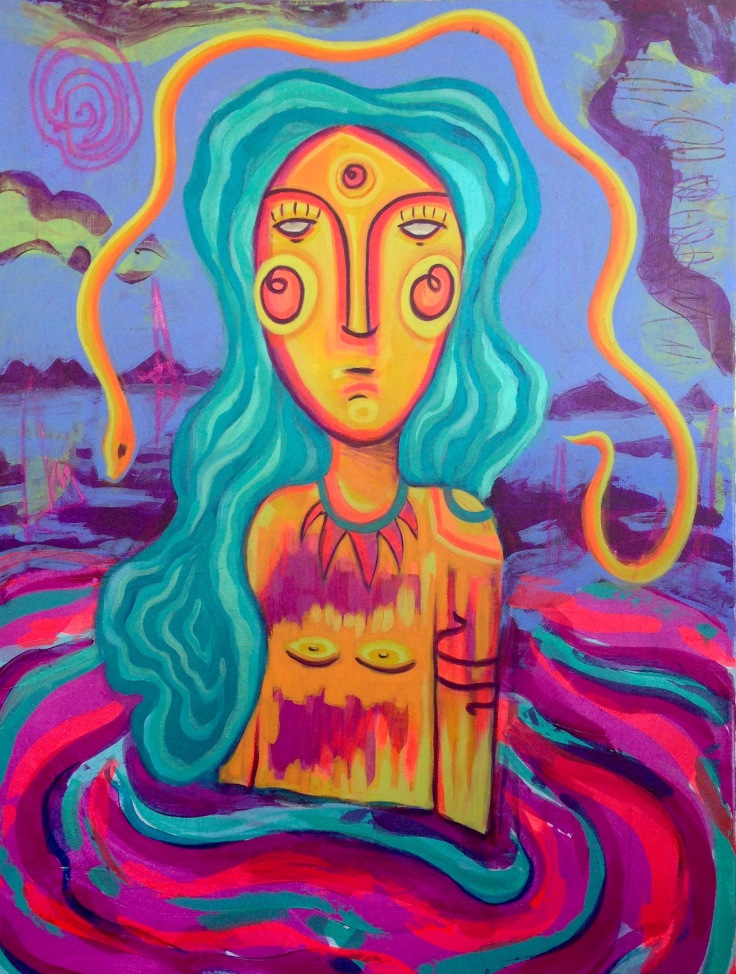